There are standalone microwave ovens and others like Grill Microwave Ovens, Convections Microwave Ovens and Oven Toaster Grills (OTG) as well. So how does one technology distinguish itself from the other? Let’s explore that now, shall we?

What is a convection microwave oven?

Almost all of us must’ve used a microwave at least once, either at home or at work. We know it’s most basic function is to re-heat food that may have gone cold but there are few other things that it can also do.

But how does a microwave oven heat your food? Without getting too technical, it suffices to say that (as the name suggests) a microwave oven uses energy from radio-frequency waves (or ‘micro’ waves) to heat the contents kept inside. It targets water and fat content specifically, from the centre-outward.

A convection microwave uses this as well as another clever piece of tech to heat your food. The oven, in this method, uses a heating element and a fan to move hot air around the oven which is equivalent to a regular oven but a bit more efficient because the hot air helps to heat up all exposed parts of the food and you get a more uniform heat.

The answer to this question really depends on what you want to achieve from your microwave. If it’s only re-heating food you seek, then no. A convection microwave will only help if you either have a lot of meat to heat in little time (and get it heated evenly) or if you love baking.

If you wish to go a step further and even grill the food, you’ll need to buy an Oven Toaster Grill, popularly referred to as OTG. Below is a helpful chart explaining which microwave will help you cook what kind of food.

Select the one on how you cook

Although it’s easy to be convinced that better features makes for a better product, it won’t be of any use if you only want to make it do basic things. You don’t buy a Ferrari to do your daily chores, do you? It’s the same philosophy for buying pretty much anything of value and especially when deciding which microwave to buy. 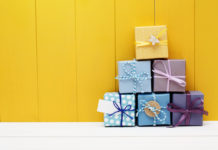 Tech Gift Ideas For Him And Her For Every Budget 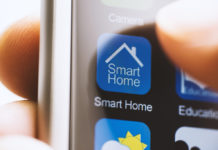