This is the reality we live and die in. Although a debatable part of existence, we live in this world with universal laws of nature. Understanding that we live in a real world is easy at least as of now. Since we live and know this reality, it would be pointless to explain our very existence.

As the name suggests, this is a virtual reality. It involves an apparatus over your audio and visual senses to simulate a digital version of reality. Your actual reality is thus not visible nor audible when immersed in virtual reality.

It can be easily triggered with custom headsets and usually involves limited physical movements to avoid mishaps. This could be the future of gaming, entertainment and many other implications as the technology improves.

Augmented or the way Microsoft calls it, Mixed Reality is an overlay of a digitally augmented reality over our actual reality. This technology involves a headpiece with transparent glass for users to experience our actual and an augmented digital reality together. This is a promising concept as it does not limit user movements in a specified space, unlike VR.

When did the idea emerge?

Technology has evolved many folds since the idea first emerged in the 1950s. Yes, when computers occupied an entire room, there were amazing minds who dreamed of a digital reality. Today, you can access VR from the smartphone you use daily.

What is the state today?

As of the start of 2018, these technologies are far from being efficient and refined. Not too far though! You can play VR games and experience VR entertainment through any capable smartphone. It gets more immersive with a dedicated VR headsets like HTC Vive or Oculus Rift, paired with a powerful computer. Games are one of the first applications designed for VR usage but it does not stop there.

VR will enhance and improve cinema, entertainment, healthcare therapies, arts, education, history, marketing and many other fields of our existing reality. The implications are limitless. But, the problem with VR is it’s limitations as an immersive virtual experience requires an apparatus to control what is projected on our visual cortex.

AR/MR, on the other hand, have no limitations of space but require an equally powerful computing device to power their apparatus. Magic leap is one of the many companies that promise to revolutionise AR/MR in the time to come. Their demos and investors are both impressive. Yet, the technology is in developing stages as of the date of this article.

Why is the idea fascinating?

Our actual reality unfolds as we live it. The idea of a digitally created reality with limitless possibilities is definitely fascinating. Not only will it work great as a source of entertainment but will also evolve the boring fields of our reality into interesting ones. If this replaces our smartphones and shades/spectacles, we should be in for an unreal ride.

Today our digital world is locked within a few inches of our smartphone displays. Imagine a digital world expanding to the scale of our human peripheral vision. Gaming in an immersed virtual world is an experience worth indulging in. And, living a digital reality over our own sounds nothing short of a scene from a Sci-Fi movie.

The technology is in its early stages as of early 2018 and will take a few years before it goes mainstream. You can still get a glimpse of altering realities through your smartphones or computer gadgets. Physically, we are incapable of dwelling in other dimensions but these realities can mentally get us there. Stay excited, technology is opening gates we never knew! 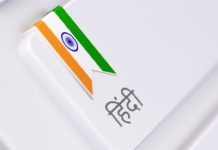 How To Change The Language In Your Android Phone Keyboard