Another year and Apple refreshed their iPad once again. This time though, it is only the 9.7″ iPad that gets a refresh. The beastly iPad Pro released last year is still a superior choice with better hardware and barely demands a refresh. Also, it costs almost twice as much as the new iPad 2018. While the iPad Pro is many steps above any other iPad, the new 9.7″ iPad 2018 is renewed to bring more utility to the entry-level iPad line-up.

The iPad Pro has many things going for it and one of the secondary weapons in its arsenal is the Apple Pencil. Apple has extended the love of their Apple Pencil to the new generation iPad. And, despite Apple’s effort to push this new iPad as a student exclusive, it is unmistakably a better 9.7″ iPad for everyone.

There are only two things new in the 9.7″ iPad 2018. It gets an A10 Fusion processor (the one used in iPhone 7 and 7 Plus) and support for the Apple Pencil. That is about it. Frankly speaking, there is nothing more Apple could do to justify the same price tag as the yesteryear iPads. Moreover, it gets cheaper for students and we encourage that move.

If you had to name a few phones, you would run out breath but the list might not end. The same cannot be said about tablets. Of what we have, there are barely any that are viable as proper tablets. Android and Windows tablets exist and that is all we need to know about them. Apple’s iPads are the only tablets as of now that enjoy a variety of apps and developer support designed for tablet orientation.

Thereby, for someone who wants a tablet, the iPads are the most logical choice. Good amount of apps to consider it as a smart device with optimised software, capable hardware and good battery life. Usage scenarios are user dependent but the iPads are a great pair of secondary display for anyone.

To be precise, the only thing different in the new 9.7″ iPad is the processor and Apple Pencil support. Everything else remains similar to the last year model. The display is still at a weird 1536 x 2048 pixels with 264 PPI. It does lack the True Tone feature we are accustomed to in the iPad Pro and iPhones. Offered in 32 and 128GB, every model (Wi-Fi and Cellular) of the new iPad comes with 2GB RAM.

It also sports the similar 8MP Auto-Focus (AF) Camera at the rear without a flash and 1.2 MP camera up front. This camera system is capable of shooting 1080p video @ 30 fps and 720p slow-motion video @ 120 fps. The same design also brings in a 1st gen Touch ID home button up front. It also features similar stereo speakers at the bottom. Overall, it is the iPad we know, with a faster processor and capabilities based on the user. It is also available in 3 colours – Silver, Gold and Space Grey. Prices start at $329.

The iPad makes sense even today

Streaming services are on the rise and fiber connections are finally mainstream. Internet-based content is on the rise and the new iPad makes a compelling companion in this time and space. Not only does it act as a great secondary display but can also perform several tasks based on the user’s creativity.

If that was not enough, the new iPad comes with a host of new apps that take advantage of the powerful processor to provide AR capabilities and multitasking albeit limited to 2 active apps at a time.

Apple wants to provide children with a creative tool to enhance their capabilities and this new iPad is the perfect affordable tool for beginners. For professional users, the iPad Pro is a clear choice anyway. For everyone else, the new iPad is an amazing tablet for just about all your casual and utility needs.

We do wish the file system, extra speakers, Apple Pencil pin-point accuracy and smart connectors made their way to the entry-level iPad. Maybe next year! For now, this is as good a tablet as tablets should be. 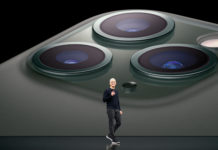 11 Novel Features Worth Noting In The iPhone 11 Series