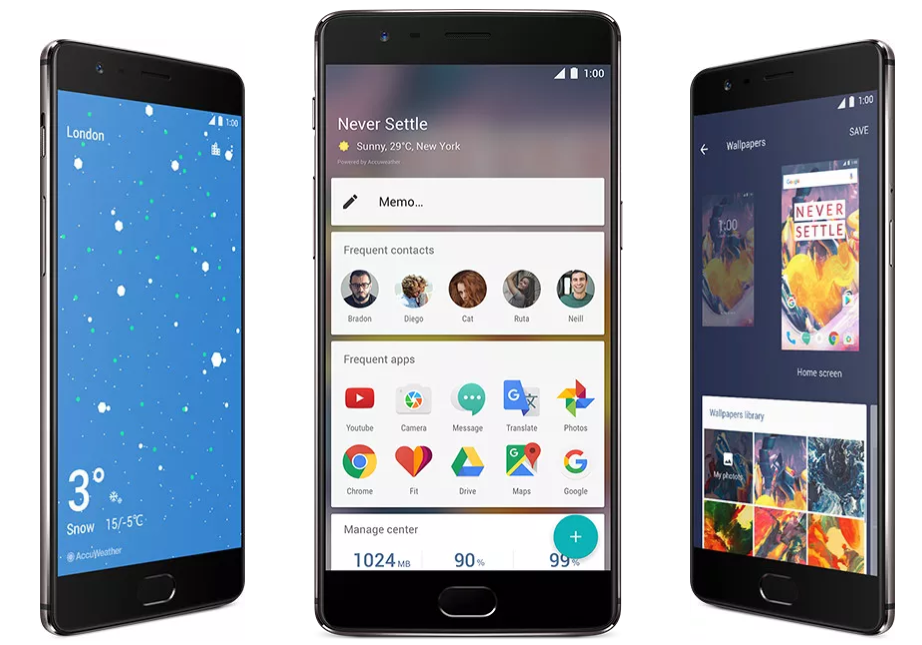 In the world of Android phones, manufacturers make their devices stand out from the rest by offering their own customised version of the OS. Over the years, these customised UIs have been disliked by Android users as they offer little advantages and slower future upgrades. However, Oxygen OS for OnePlus is a near stock Android experience with clever customisations and a snappy UX to boot.

With , it wasn’t surprising to see some angst directed at OnePlus when they announced the OnePlus 3T. Two flagships in the same year didn’t make sense but the brand chose to do it anyway. In doing so, they’ve also announced continued support for the OnePlus 3 as well, which will get the Android Nougat update at the same time as the 3T.

The 3T ships with Oxygen OS’ latest version – 3.5. OnePlus has made their custom UI even slicker and more useful with clever tweaks almost everywhere. Here’s a quick overview of what’s new.

While all of these improvements make the OnePlus 3T that much better, I’d like to talk about the following 5.

The most prominent change with Oxygen OS 3.5 is the little tweaks to the design elements almost everywhere in the UI. Beginning with the dropdown notification shade, which now gives you access to network toggles in a single swipe. Swipe more and the notification area expands to give you more toggle switches, just like the previous version. However, the icons are redesigned and can be moved around right from the notification shade area by tapping the settings icon.

Once you make your way to the main app drawer, you’ll notice the icons get a small makeover too. Some of them (like the default SMS app) are completely re-designed while all of them have shrunk in size (which can be changed later, phentermine if needed). This results in a more cleaner experience and the 1080p screen adds the advantage of a high resolution screen to enhance spacing of the icons, making it less likely to accidentally tap on a different app than what you intended.

Speaking of which, there is a also a new sub-menu coming in the Nougat update that lets you resize the entire view. Icons, texts and UI elements will be customisable from Android N onwards.

In previous versions of Oxygen OS, the gestures were limited to launching the torch, launching the camera, wake the screen and control music. All of these were possible from the lockscreen. But now, there are system wide gestures as well. Like a three-finger screenshot gesture, which works like a charm. You can either swipe up or down, as long as you’re 3 fingers, the screenshot is captured and you even get the share and edit menu waiting for your next step.

No need to install 3rd party apps to lock certain apps. Oxygen OS for OnePlus devices now gives the user the ability to lock apps right from the Settings menu. This will enable you to also use your fingerprint to unlock sensitive apps, which you don’t want other prying eyes to see. A very handy feature indeed, something that was sorely missing from the previous OS experience.

4. Shelf gets a workout

Swipe right to get to the leftmost screen from the home screen and you see an updated ‘Shelf’. It looks more refined now and finally looks like something I might use. The Memo section is at the top followed by a Recent apps bar. Below that, you can add your own widgets. The text at the top can be customised too, right below which you can see the current weather of your location.

While the above points are the highlights for me, I also presume most Android users will also appreciate these over the others. Things like FileDash functionality is similar to Wi-Fi Direct, which works on most Android phones, though most users prefer using 3rd party solutions like Xender or ShareIt.

The ability to switch the launcher’s layout is cool, but I doubt if people will want the simpler approach, devoid of widgets and the app drawer.

Although these improvements are great, we’re still quite excited to see what OnePlus can bring to the table with its Android Nougat update. We’ve seen the changes the OS itself has got, thanks to the but the custom Oxygen OS for OnePlus 3/3T will surely get a different treatment.

Stay tuned to this space for our detailed analysis of that, when it happens.

Waterproof Gadgets Worth Investing For The Monsoon

A Preview Of The Samsung Galaxy S9 and S9+