Microsoft, Sony and Nintendo have been competing for years in the console segment. On the other end, consoles have been competing with gaming PCs forever! PC hardware is on a constant upgrade cycle each passing year but the same cannot be said about consoles. Consoles have always had to compensate the resolution or texture details for smoother frame rates.

With better technology accessible to masses, the demand for 4K gaming is on the rise. PC gamers have options to not only game at 4K resolution but also enjoy higher refresh rates on capable hardware. Sony’s PlayStation 4 and the 4 Pro improve on the graphics front but struggle at rendering true 4K gaming experience.

Microsoft’s Xbox One X is set to change this perception about consoles.

Both the Sony PlayStation 4 Pro and the Microsoft Xbox One X are capable of 4K media playback but lack the firepower to run games at true 4K resolution. The Xbox One X, on the other hand, has one of the best hardware we have ever seen on a console. Is it the best console yet?

The Xbox One X is powered by a custom made 2.3 GHz 8-core AMD CPU coupled with 12 GB GDDR5 graphics memory. This huge graphics memory also runs at blazing fast 326GB/sec speeds with 6 Teraflops of memory bandwidth. Handling these processes is a fast 8GB RAM backed with a 1 Terabyte HDD.

The Xbox One X is claimed to be about 40% faster than its older sibling the One S. And is surely faster than it’s Sony and Nintendo competitors. All of this firepower is packed in the smallest Xbox dimensions ever created. It’s smaller in footprint but dense and hence weighs more than any other Xbox. Small, efficient and powerful.

The Xbox One X sports a 4K Blu-ray drive with native HDR 10 support. If that wasn’t enough, it also features support for AMD Freesync technology allowing smoother game-play across resolutions. Even the UI supports these features. This has set a benchmark to beat in the everlasting console wars.

Televisions with 4K resolutions and HDR support are now accessible. 4K will soon become a standard, replacing full HD 1080p displays. Also, HDR support for Netflix and other applications is on the rise. All these factors combined, make the Xbox One X a viable option for 4K multimedia.

With support for up to 7.1 channel speakers through Dolby Atmos and Windows Sonic, the Xbox One X sounds just as good as the visuals it can produce. The console also supports DTS HD and PCM outputs. Play your games and video content through speakers or headphones and you are assured of the best audio technology has to offer.

This will not only make games a whole lot immersive but also translate into better movie/series watching experience.

Microsoft is a major player in the gaming industry and the hardware supports their passion. With the launch of Xbox One X came the news of backwards compatibility. Most of the popular titles released for the original Xbox have made their way to the Xbox marketplace. This is a great time to not just play some of the classic hits but also remastered versions.

Also, unlike Sony, Microsoft allows Xbox One X users to buddy up with their PC and other console friends. If that is not enough, PC gamers can also stream their games to their Xbox One X. This allows large screen PC gaming through the Xbox controller.

Gone are the days of linear one-directional game-play. Most games today are based on an open world and give the player creative freedom of exploring massive landscapes. Couple that with 4K resolution and the 12GB VRAM with 326GB/sec memory bandwidth on the Xbox One X suddenly makes sense.

Reduced loading speeds, better graphics, smarter AI and large landscape exploration are everything a player ever wanted. The Xbox One X sets a benchmark and provides developers that extra leg room to develop better worlds for their games.

With all the above features and software updates, the Xbox One X makes for a great multimedia package. It is 2017 and this is exactly how a console has to be. Sony has huge shoes to fill with their next offering, considering that the Xbox One X will be their main rival. Competition in any segment brings healthy results and benefits consumers.

If you wish to upgrade to a 4K television or already own one, 4K gaming and multimedia experience should be an obvious choice. Microsoft has almost perfected their console for current generation gamers. Hence, it would not be wrong to term the Xbox One X as the best console yet. Your turn, Sony and Nintendo. 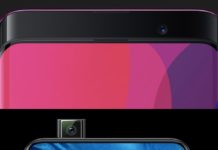 Are These The Most Interesting Phones Of 2018? 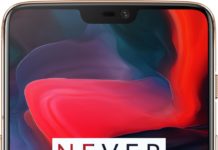 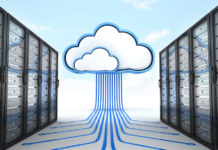