We live in an era of mobile computing devices with touch-enabled displays. Will millennials believe that a computer occupied an entire room, just a few decades ago? Computers have been a part of our daily life for ages. In a way, the smartphone you use is nothing but a super-portable mobile computing device.

Laptops incepted the idea of mobile computing devices. Most of the current generation of mobile computing devices were innovated through this ideology. Yet, years later we can still see laptops around us. For many years, laptops have been struggling to find an identity of their own. Apple breathed a new life into this form factor with their designs and other manufacturers are still catching up.

Every few years, technology takes a leap forward. Laptops have witnessed several such leaps and yet haven’t made a big impact. From form factor changes to beastly specs, laptops are available in every size and specification one can imagine. Lately, laptops are trying to make their way in your life and this time, the formula is better than ever.

Earlier, the only way to interact with a laptop was via a keyboard and trackpad. Today, there are multiple ways. The most common way apart from physical keys, is touch. Many laptops have changed their form factor to facilitate touch-enabled inputs through their displays (or simply, touch-enabled display panels).

Apart from touch sensitivity, laptops of this era can also respond to voice commands and gestures. Most laptops come equipped with support for the best wireless connections offered till date. This enables them to connect to a host of wireless accessories.

Not long ago, laptops were technologically behind compared to their desktop counterparts. Laptops have struggled to maintain the balance between performance and the efficiency to deliver that performance. Today’s processing units are powerful and efficient enough to blur these lines. Laptops with desktop grade processing power are a reality today.

Not only can laptops perform general computing functions but also handle demanding tasks like high-definition gaming and content creation. Today, laptops are more versatile than ever before capable of decent VR gaming as well.

When Apple launched the MacBook Air in 2008, everyone wanted a laptop with a similar form factor. But then, technology to innovate design was in its initial stages. Most laptops of the current era are slim yet powerful and versatile.

Services like GeForce Now enable high-definition gaming on something as lean as the MacBook Air. Hence, laptops can now last longer and be thinner. Disk space or physical processors required for mobile computing are not a limitation anymore.

Newer technology and design innovations have given laptops a new lease of life. Thus, the perfect balance of performance, efficiency, design and innovations is now possible. Laptops were always considered as a compromise over their desktop counterparts. With efficient processing units and high-speed data, laptops are powerful mobile computers, both online and offline.

The laptop has been around and is here to stay. Technology will help improve this device further. If you perceived laptops to be a utilitarian piece of technology with several limitations, this is the right time to rethink. Laptops are back and better than ever before. 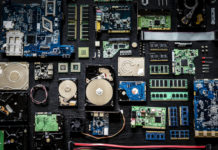 How To Connect Your Laptop To Your Television

Why The OnePlus 6T Is A Needed Upgrade For OnePlus 3/3T...