Every year around September, the tech world is abuzz with the imminent launch of the newest iPhone. This year, Tim Cook kicked off the keynote in his typical enthusiastic fashion and introduced everyone to the iPhone 11. And the iPhone 11 Pro. As well as the iPhone 11 Pro Max.

The iPhone 11 is essentially the successor to last year’s XR. Whereas the 11 Pro and 11 Pro Max succeed the iPhone XS and XS Max. There are plenty of new things to know but here are the top 11:

Apple’s brief experiment with assigning Roman numerals to iPhones finally ends. People kept calling the 10 year anniversary model as ‘ex’ even though Apple did their best to keep reminding us that it is the Roman numeral for 10.

Right from the time the invites to this year’s event were sent out, there were rumours about new iPhone colours. Apple didn’t disappoint – with the iPhone 11 now available in 2 newer colours – green and purple (Servify logo colours!) – while the blue and coral which were available in the XR are discontinued. 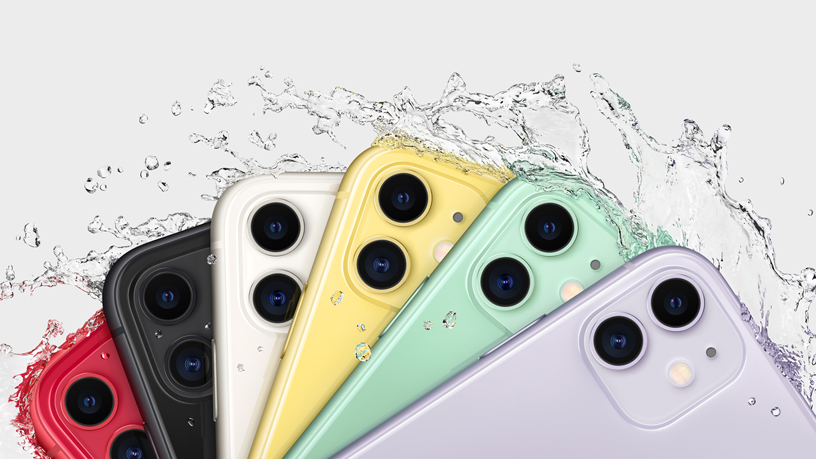 Also new are the cameras on the back. The iPhone 11 gets 2 while the 11 Pro series gets 3. More on the cameras later.

3. The Pro And The Regular

Apple continues to offer users the choice of going the more ‘Premium’ iPhone experience or upgrading to the regular. Instead of naming them Max, this year’s models are Pros.

While the extra camera on the Pro clearly separates itself from the iPhone 11, the other major difference is the display panel. The iPhone 11 is equipped with an LCD “Liquid Retina” panel with a 1792×828 resolution while the Pro has an OLED panel with a 2436×1125 resolution and a 2688×1242 resolution for the Max.

The iPhone 11 Pro models will also come with an 18W fast charger in the box, which the regular iPhone 11 variants miss out on. 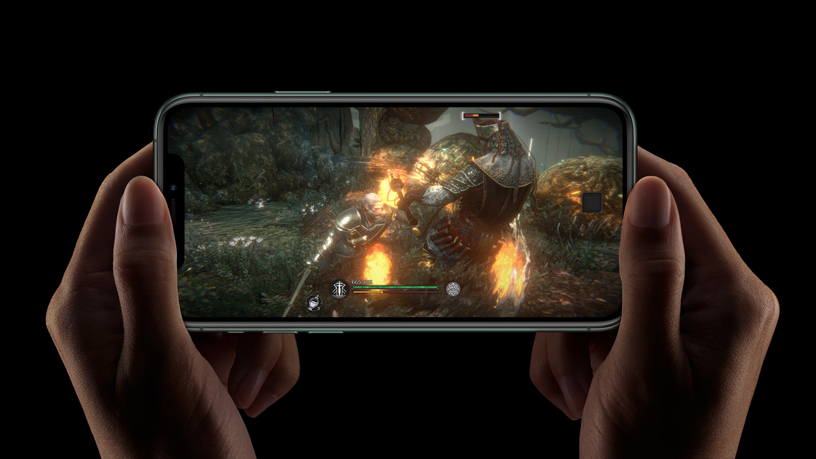 The new hardware on the iPhone 11 series also includes wireless charging, IP68 water and dust resistance, as well as FaceID for all variants. Both the iPhone 11 and iPhone 11 Pro will also have 802.11ax WiFi, WiFi 6, and Gigabit-class LTE.

The iPhone 11 has a dual camera setup with 12MP sensors with Wide and Ultra Wide capabilities. Video recording at 4K 30fps is possible while the front camera can shoot 4K video, there is also a fun slo-mo video mode at 1080p resolution at 120 fps.

The iPhone 11 Pro and Pro Max have a triple camera setup, with the additional sensor providing telephoto (optical zoom) capabilities.

Slo-mo videos on smartphone cameras aren’t new but including the mode on the front cam, is. The feature has given rise to a new term: ‘Slofi’, which has already caught on. For those who didn’t get it, it’s simply a mix of slo-mo and selfie.

Apple has shown keen interest in developing AR features and on their website, if you scroll down on the iPhone page from your iOS device, you see an option which says See iPhone 11 Pro in AR.

If you select that option, you are transported over to an Augmented Reality view of the iPhone 11. You can spin it around and view it from different angles. In AR.

What was perhaps less expected this year was Apple’s concrete push towards sustainability. During the Keynote, they announced that both the new iPad and the Apple Watch will be made with 100% recycled aluminium materials.

Apple Arcade is the company’s attempt to lure the gaming community to try a new subscription based service which will work on select Apple devices. There was a demo of the gaming experience at the iPhone 11 Keynote, though the final version will be available to everyone from September 19.

With so much content now being consumed on smartphones, it came as little surprise that Apple focused on the multimedia experience of the iPhone 11 series. The iPhone 11 Pro phones come equipped with displays which have improved brightness with XDR technology. For audio, all iPhone 11 variants will have spatial audio support through Dolby Atmos. The chart above details the pricing for different countries by converting the US dollar to respective currencies.

Apple creates a lot of buzz each year when they launch a new iPhone and this year was no different. Let us know in the comments if you are buying the new iPhone 11 and what you’re expecting from Apple’s new lineup of devices.

Do The Most Expensive Gadgets Justify The Price?