As smartphone cameras have got better, the market share for point-n-shoot cameras is nose-diving. This shouldn’t be a surprise, given the convenience of carrying a quality camera which can also make calls and browse the internet, offers. While not everyone may be a talented photographer, there are apps for editing images to enhance details, improve contrast and even have fun with cool effects.

We’ve tested and picked only the best of image editing apps on mobiles, for both Android and iPhone users. All of these are essentially free with some offering in-app purchases to unlock more features. Let’s take a look.

A fully free and powerful image editing app, Snapseed was acquired by Google in 2012. It’s ad-free, feature-rich and fairly easy to use. Besides correcting colour, improving contrast and the usual crops and adjustments – Snapseed also offers advanced functionality which you usually don’t find in such free apps. These include merging two separate images and creating a ‘double exposure’ effect, adding text in different styles, adding frames and a lot more. The app also allows you to import RAW images which most other free apps don’t.

Essentially, VSCO is a community driven app which needs you to first sign-in with an email (which some may find annoying) and follow creative people using the app. In addition to the available selection of presets, it gives you great control of changing the look and feel of any image. However, only the basic features of this app are completely free, with an in-app purchase unlocking the full potential of photo and video editing. VSCO has been around for many years and the growing community bears testimony to the fact that serious and amateur photographers, alike, enjoy using the app.

For an app that has been around for many years, Aviary has been through some nice design changes yet remains pretty easy to use. While basic editing options like cropping, adjusting brightness, adding vignette are all present and accounted for, there are some additional filters available too. These require an Adobe ID and if you’re looking to expand your image editing chops, then do try these out. Some fun options that are also found in Aviary are creating memes, adding text over an image as well as drawing freehand over any image. You can even ‘explore’ what other users are doing with their photos on Aviary and be inspired.

I have to admit, I used to install and use Pixlr only to create collages. That one feature still is rock solid, however, there are plenty of traditional features added along with some nice unexpected surprises too. Features like hiding unwanted objects (although it doesn’t always work 100%) and double exposure are welcome additions. The app is quite intuitive and works well with plenty of tricks up its sleeve. However, there are still some design elements left behind from the Holo-style era for Android and I wish they can update these soon.

This app is focused more to the amateur photographers who love taking a bunch of photos and want to edit them on-the-go. The app supports RAW, DNG as well as other popular image formats and can still quickly process image editing. From HDR to fine-tuning as you’d want the light to be, there’s a lot that can be composed using the features available. I’d recommend this app only for serious photo editing enthusiasts and not for beginners, who might be easily confused at the lack of the intuitive approach of other apps mentioned in this list.

Plenty more fish in the sea

Of course, these are only some of the image editing apps that can bring you joy and perhaps even increase your Instagram clout. There are others like Prisma, which have very interesting and colourful filters that can transform any photo and make it look like a work of art.

If you’re okay with paid apps, then look no further than TouchRetouch which is available on Android as well as iOS platforms. The app enables you to remove unwanted objects or clone some objects to make a fun and creative photo.

Let us know which one worked best for you or there are some others you’d like us to review? 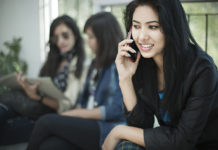 What Is VoWi-Fi And How To Activate It On Smartphones

14 Tech Gifts Perfect For Her On Valentine’s Day