It’s late at night and your family is ready to hit the bed. But you want to stay up and watch one more episode of the new show you’ve been following. You even own an Android powered Smart TV. So can’t you simply connect it to your Bluetooth headphones and watch, without disturbing everyone else? Of course, you can!

What’s more, the same method that we’ve detailed below to connect your Bluetooth headphones can also work for Bluetooth speaker(s) as well.

What is Android TV?

Google had tried to enter the TV content space earlier with Google TV but ditched that effort in lieu of Android TV. Google TV was limited to very few apps which were later supporting Chromecast devices anyway. Android TV promised a bigger platform for television sets – essentially having an Android experience on the big screen. Install almost all the apps on the Play Store, which would be optimised for controlling via a remote and viewing on larger displays

Did You Know? Android TV has added over 130 operator partners since 2016, doubling its unit growth every year.

How to check if you own an Android TV?

If you’ve purchased your TV any time after 2015, there is a very good chance that it already is an Android TV. On the supplied remote of your TV, there should be a Home button. On this screen, on the top-right corner, there will be the familiar settings gear icon. Tapping on it will show you a list of options including About. Tap it, then tap Version – here you will get the details of the OS running on your TV.

Fair warning here, owning a Smart TV doesn’t necessarily mean that it’s an Android TV. Many TV manufacturers have their own custom OS version running in the TV, so their interface can differ from a typical Android TV interface.

Now that you’ve figured out that you’re on an Android TV and want to begin watching your favourite show, let’s look at the actual steps you need to do.

It’s a simple 5-step process that will let you connect your Bluetooth accessory (headphones or speakers) to your Android TV.

That’s it! If, for any reason, your device won’t connect – try turning it off and on. Retry connection from steps 3 to 5. If that doesn’t work, do the same power off and on technique with your Android TV too. If it still doesn’t work out, you might need to reset your Android TV completely.

But before doing that, ensure that your Bluetooth device is able to pair with other smart devices like your smartphone. For any reason, if you’re still unable to pair it, the device in question might need a software update. Or as a last resort, contacting the brand’s support channel.

While owning an Android TV will open up new possibilities for you, these are just a few basic things that you ought to try out. If you face difficulties, you can post it as a comment and we’ll be glad to help out.

Own a Smart TV? Check out this article on useful tips for new users 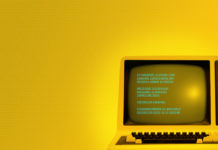 What is ‘Cord Cutting’ And How Does One Achieve It In India?

Evolution Of Technology: What’s Next For Humankind?

How Choosing TV For Your Home Theatre Setup Can Be Made...