If there is something we all agree on, it is the inconsistent Android experience based on the smartphone you have. The best part of the Android ecosystem is its hardware and software diversity. Unfortunately, these are also the reasons why Android versions and security updates are all over the place.

Apple has a portfolio of a handful of products. Thus it is easier for them to optimise their hardware to software in a controlled ecosystem. Android, on the other hand, is an open source platform and adapting it for various devices is resulting in a mixed bag of experiences. Google knows about this problem and is planning its way to make the Android ecosystem viable for everyone.

Google had the Nexus program for aspiring developers with OEM partners. Eventually, the developer support stabilised and hence Nexus program was stalled. They also had Google Play Edition versions of popular phones with pure Android experience for Android enthusiasts. Technology is always a work in progress and in the process to get better, these Google programs were terminated.

Not too long ago, Google announced the Android One program that was intended for low to mid-range smartphones running stock Android software. Google soon realised that it was going nowhere with the extreme diversity of hardware in the mid and low range Android smartphone space. It’s early 2018 and here we are with two programs from Google. What and how are they at this moment in time?

Android One started as a Google initiative to push the latest and greatest version of Android on affordable phones. Everyone knows that manufacturers stop support for their phones, especially for mid and low range phones. Google has partnered with manufacturers to support Android One program with at least 2 years of Android software updates. These include OS and security updates.

Android One faces the same problem as the regular version of Android: diversity of hardware! But with Google handling the software for phones supporting the Android One program, this program is turning out to be like Google Play Edition program. Recently, some high end and many mid-range new phones have enrolled on the Android One program.

Popular manufacturers like Nokia, Xiaomi, Motorola and much more are already on board. The best part of this program is that they bring you the best of both worlds. Google handles the core OS software while manufacturers ensure unique software enhancements with minimal bloat for best user experience. Will this result in more Android One supported phones is yet to be seen!

Android Go is a much-controlled program than Android One. Google is targeting the ultra-affordable category with a lighter version of Android and essential apps. Google has specified the manufacturers of the hardware and software in phones supported by Android Go program.

The hardware is as basic as it can be especially in 2018. A MediaTek processor with 1GB RAM and 8GB internal ROM with support for external storage are a standard across all the Android Go phones. The version of Android is 8.0 Oreo with minimal system storage and RAM usage. Most of the Google apps for Android Go are much smaller in size and RAM usage as well. We’ve already written about Nokia 1 which was launched with Android Go.

This assures that people transcending from a feature phone to an Android phone, do not have to dread their buying decision after 6 months of usage. Google wants to ensure that Android experience is not limited only because someone has an affordable Android smartphone. History has taught us that optimised software and hardware result in much better end-user experience. Google wants to do this with Android Go and India is a great market for them to excel, learn and adapt in the future.

For years, Android has been inconsistent and continues to be so today. But, Google wants to change this perception with Android One, Android Go and Project Treble. Project Treble allows every phone releasing with Android Oreo out of the box to get assured updates and support to the next version of Android. This goes further to get rid of the Android fragmentation problem.

India is a massive market for mid and low range phones. Android phones are sold in plenty and these changes in Google’s strategy makes it a great time to opt for an Android Smartphone. Android is improving and it has all the budget segments sorted. High-end phones come with Project Treble, mid-range phones with Android One and affordable 4G Android Go smartphones, sound interesting. We hope these projects/programs improve the Android fragmentation scenario and overall experience for everyone. 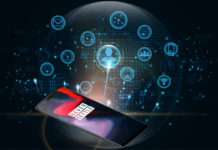 Updating The Android OS Of Your OnePlus Device? Back Up First! 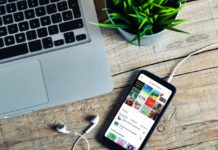 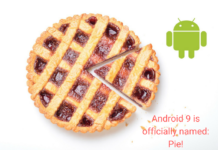 How To Reset Any Android Phone